Five-star hotel Mirotel in Truskavets, the Ukrainian city that famous for its mineral springs, which have made it one of the great Ukraine's resorts, appeared to be a venue of the American BBQ promo that was conducted on August 24, the Independence Day of Ukraine. The trend of American BBQ has been growing in Ukraine more over last years. 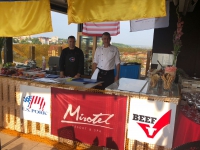 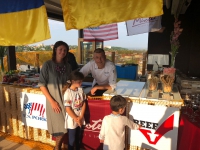 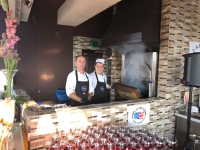 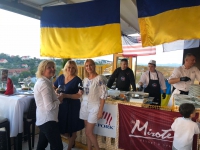 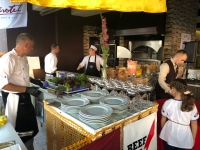 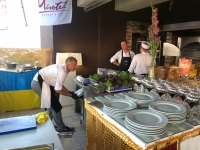 And the event venue has combined all major factors for the American BBQ conduction: highly professional chef who was trained in Beef 101 program in the state of Texas, proper equipment (Josper ovens and smokers), audience – tourists and the wellness center quests from world around, and high-quality products - the U.S. Pork and Beef that the hotel chefs are working with. This year American BBQ event about 100 people, meat lovers who like cooking and grilling. As usual the introduction of the U.S. Beef and Pork combined useful and interesting facts about the US meat industries and tasted products features, as well as interesting facts about the culinary histories in the USA, cultural background, about culinary preferences of the U.S. citizens.

The Mirotel executive chef Oleksii Dudarenko utilizes the U.S. Pork and Beef cuts cooked in smoker and Josper using rubs and marinades for the U.S. Pork and Beef cuts smoking and roasting low-slow. Special emphasis in the American BBQ event was placed on history of barbecue origin and its styles, BBQ heritage, and role of meat in the American BBQ traditions. Memphis barbecue in American BBQ was represented by pork and beef ribs, Kansas City barbecue was presented by smoked in dry rubs short plate, and the Texas barbecue introduced beef giant ribs and brisket – the queen of a barbecue of Lone-Star State. Grill pork chops wrapped into bacon, classic ribeye steaks; tenderloin medallions and splendid U.S. marble beef burger have all the earmarks of modern style of barbeque. The art of making burgers from the U.S. marbled beef became a subject of a competition of children's and adults’ teams. 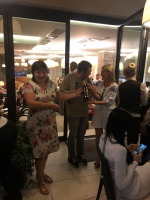 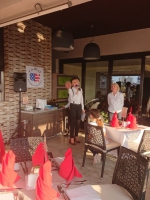 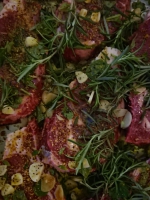 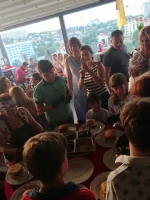 Fans of the American barbecue and the U.S. meat from different countries - Ukraine, Azerbaijan, Latvia, Turkey, Greece, Italy, Kazakhstan, Belarus - gathered for the action conducted by the USMEF and Mirotel SPA & Resort, Truskavets.

The banners and placards, LED screens advertising, leaflets in the rooms, table tents in Bellini restaurant, bars and on tables of buffet breakfast restaurants, menu inserts, Internet ads aimed to highlight the mainstream American lifestyle, American BBQ heritage and to score the US Pork and Beef points off the final consumers in the Region.