Promoting consumption of pork at baseball games, launching a “pop-up” activity for young chefs looking for new ideas and co-hosting several of its popular grilling workshops, USMEF continued its work educating Mexican consumers about the taste and versatility of U.S. pork. Funded by the USDA Market Access Program (MAP) and the National Pork Board, these events were aimed at increasing overall consumption of U.S. pork in Mexico. 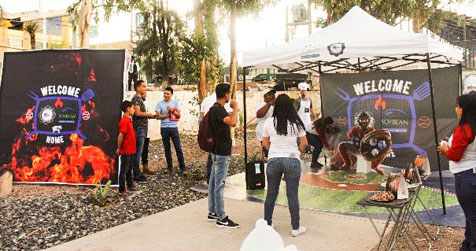 USMEF set up a display tent at the stadium of the Durango Generals to promote U.S. pork and create awareness among baseball fans

For three days, USMEF set up a display tent – it included a miniature baseball diamond complete with a cardboard cut-out of a catcher – outside the stadium of the Durango Generals, a Mexican League baseball team based in Durango City, which has a population of more than 650,000. 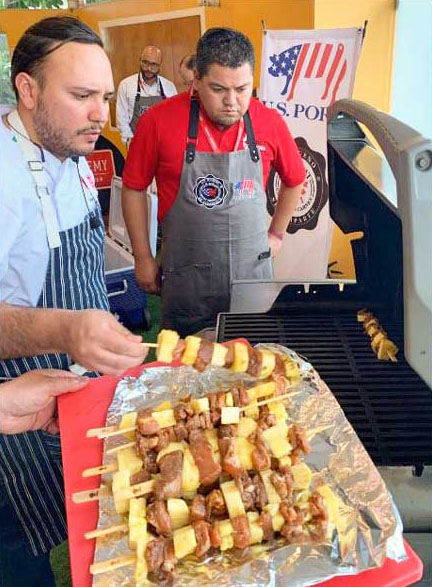 “Our goal was to create awareness of U.S. pork among the fans, giving them information on various cuts and cooking techniques,” said Gerardo Rodriguez, USMEF marketing director in Mexico, Central America and the Dominican Republic. “We also provided important details about where they can find U.S. pork in supermarkets and retail shops in Durango and the surrounding area.”

A USMEF grilling workshop in Mexico City included a demonstration of how to prepare and grill skewers combining U.S. pork ham with pineapple

In a separate activity, USMEF partnered with the Mexico City hotel, restaurant and institutional (HRI) sector to carry out the first “U.S. Meat Factory” event of 2019.

Elsewhere, as part of an ongoing project, USMEF continued its partnership with Weber Grills by arranging the 2019 edition of the Weber Grill Academy tour, a series of workshops that demonstrate how various pork cuts can be grilled by consumers at home or in cafes, restaurants, food tents or trucks. 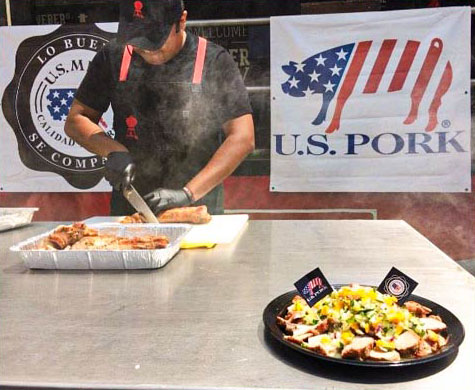 “Our goal at these grilling workshops is to prepare U.S. pork that really highlights the flavor of the meat,” said Lorenzo Elizalde, USMEF trade manager in Mexico. “Grilling continues to be very popular among Mexican consumers, so this is a great way to capture attention and let people taste U.S. pork right off the grill. The companies that participate are from the retail, trade and foodservice sectors, so it is important to educate them and let them see and taste the advantages of our products.”

Several grilling workshops have been held this summer at Weber Grill stores and at facilities operated by USMEF members.