Documents recently filed with officials in North Carolina indicate that American meat processor Smithfield Foods intends to close a distribution center in the state and lay off about 100 workers employed at the site. 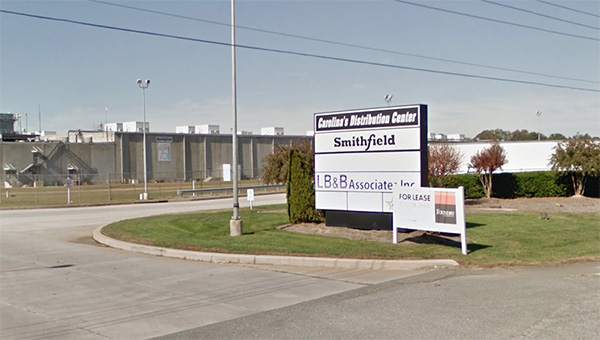 Smithfield filed a WARN notice with the state’s Department of Commerce outlining its plan to shutter the facility in Clayton, NC by the end of September, the Associated Press reported.

Operations from the Clayton site will be shifted to a pork processing plant in Tar Heel, N.C., where the company has invested $100 million in a new distribution center, according to coverage by Raleigh, NC-based television news station WRAL.

“While these necessary changes are difficult, we at Smithfield are committed to supporting Clayton facility employees through this transition by providing opportunities to allow for positions at the new Tar Heel location as well as other operations throughout the company,” Smithfield Senior Vice President of Supply Chain and Direct Store Delivery Dennis Organ said in a statement to the broadcaster.

The layoffs will occur in phases. Some 18 warehouse operators are slated to lose their jobs on Oct. 7, and an additional 83 positions across the plant’s departments will be cut on Oct. 21, the Raleigh News-Observer said in a report. One refrigerator mechanic employee will remain working at the site until Oct. 31.

Reports said a federal court ordered Smithfield to pay $473 million to residents living near its three hog farms in Pender County in North Carolina for nuisances created by the company like loud trucks and flies.