Tyson Foods, the largest American-owned pork processor, notified pig farmers on Wednesday that it will prohibit the use of ractopamine in market hogs the company buys beginning in February 2020. The decision was made to help fill the growing global need for pork. 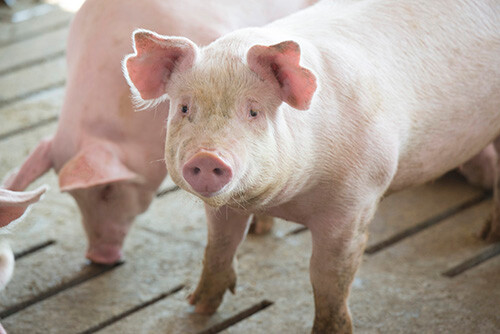 Although ractopamine is an FDA-approved and safe feed ingredient that helps increase the amount of lean meat in hogs, some countries such as China prohibit the import of pork from hogs that have been fed the product.

According to a Reuters article, the halt in the use of ractopamine reflects a change in strategy for Tyson. The company previously profited by filling holes in U.S. supplies that were left when industry competitors like Smithfield Foods and JBS USA sent American pork to China.

Tyson Fresh Meats had offered a limited amount of ractopamine-free pork to export customers by working with farmers who raised hogs without it, segregating those animals and products at processing plants. These smaller-scale programs no longer can fill the explosive need for pork. “We believe the move to prohibit ractopamine use will allow Tyson Fresh Meats and the farmers who supply us to compete more effectively for export opportunities in even more countries,” said Steve Stouffer, president of Tyson Fresh Meats.

Farmers have until Feb. 4, 2020, to meet the new requirement. The company said it plans to work with pig farmers over the next several months to begin the process of testing hogs to ensure they are ractopamine-free.

JBS USA made the decision to remove ractopamine earlier this month. Smithfield Foods, owned by China’s WH Group, raises all of its hogs on company-owned and contract farms without this feed additive.