In the second quarter of 2021, the volume of pork production in China amounted to 13.46 million tons, which is 40% more than the same period last year, according to official data. This is the highest pork production in the country in at least seven years, Reuters reported. 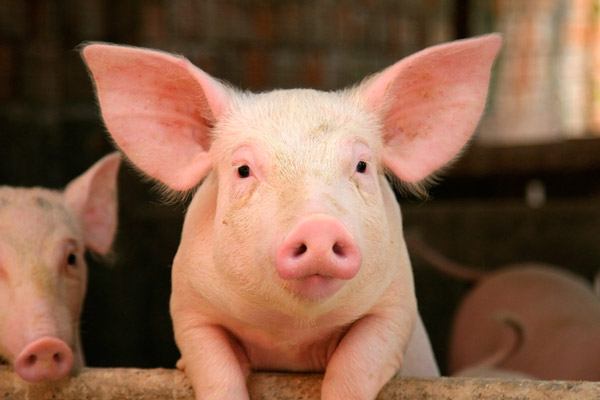 China's National Bureau of Statistics also reported that from January to June 2021, the country's pork production increased by 35.9% to 27.15 million tons. The surge in pork production is due to large Chinese agribusinesses investing billions of yuan in new farms during 2020 in an attempt to grab market share following the African swine fever epidemic.

A report from Boya Consulting, citing data from 16 registered pig producers, said they sold 42.8 million heads for slaughter, double the number a year earlier. The rise is also linked to a 65% drop in the price of live pigs recorded between January and June, Reuters notes. One of China's leading pig producers, Jiangxi Zhengbang Technology Co Ltd, has already said its first-half losses amounted to 1.45 billion yuan (about 16.6 billion rubles) due to this price pressure.

Pork is the most popular meat in China. Its cost is a key component of the consumer inflation index in the country.

Within the first quarter of 2021, the country produced 1.3 million tonnes of pork in live weight. This is 0.3% more than in the same period last year. And just last year, the volume of production of this type of meat amounted to 5.5 million tons. The Ministry of Agriculture predicts that by the end of this year, pork production will grow by 4%.

The pork prices to decline in world markets
New “Center-of-the Plate” Products Developed with U.S. Pork in Mexico
Cola for piglets and its use
Retail Product Sampling Returns in Korea, Taiwan
British biggest retailer Tesco announces financial support to pig farmers
Pork prices in Germany are falling rapidly
The meat cost is up at world markets
Nationwide Promotions for U.S. Pork and Beef in Japan
A record drop in meat consumption in Germany
Dutch government to invest €60M in cell-based agriculture sector
Pork production and consumption to decline in EU
Meat substitutes remain a niche product in Germany
Trade Education and Training Spotlighted in South America
Chefs and Nutritionists Program Ramps Up in Mexico
New approach to prevent the spread of African swine fever in wild boar