African swine fever (ASF) is the most devastating swine disease. Affecting domestic pig and wild boar alike, ASF is a real threat to any country with a pig sector. Rampaging through all continents, never before in history has the disease had such a wide distribution with so many millions of animals affected. The disease comes with huge economic costs and considerable trade disruptions, and is seriously affecting rural livelihoods. 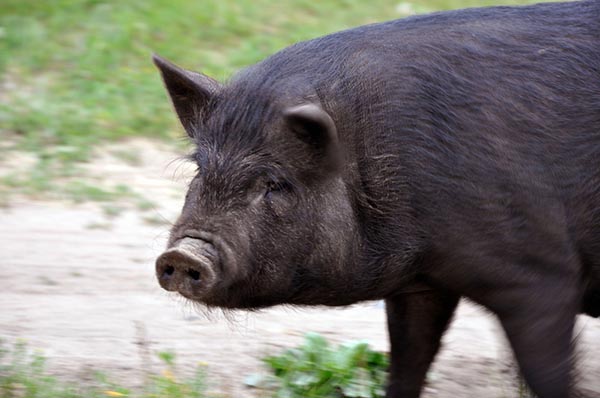 In Europe, ASF often spreads via wild boar, where the disease is most challenging to control, due to the great difficulty to reduce disease spread among wildlife. As with pigs, the majority of infected wild boar die within days. Finding these dead wild boar is paramount for the early detection of the disease. Only after detection is it possible to implement measures to control or at least prevent further spread. This is the reason why both affected and at-risk countries actively search for animals that died of the disease, often offering economic compensation in exchange. However, the search for carcasses is incredibly time- and resource-consuming, since the animals tend to die in covered and shaded areas.

With this in mind, FAO has teamed up with modelling experts from the Autonomous University of Barcelona (Spain) and a disease control specialist from the Lithuanian State Food and Veterinary Service to optimize the search for wild boar carcasses. A study analyzed the temporal and spatial distribution of almost 22 000 ASF-positive wild boar carcasses found during 2017–2021.

“Finding one of the first dead wild boar following the introduction of African swine fever into a new area offers the only chance to control the disease by implementing a series of measures, such as banning hunting activities, fencing in defined areas, and hunting management to prevent further spread,” said Daniel Beltran-Alcrudo, technical advisor on animal health. “Moreover, if carcasses are found and properly destroyed, they won’t infect other wild boar or free-roaming pigs.”

“According to the study, after finding a positive wild boar, the optimum strategy should be to focus on an area within a two-km range and the search should last for one week,” highlighted Mark Hovari, animal health preparedness expert. “And in terms of land use, the highest likelihood of finding ASF‐positive wild boar carcasses was in areas of transition between woodland and shrub, and green urban areas and mixed forests.” The results of this work, published in a peer-reviewed journal, provide valuable recommendations for countries and hunting grounds to design a search strategy to find ASF‐infected wild boar carcasses.

These results further complement other FAO initiatives to improve the surveillance and management of ASF in wild boar, namely, the work to adapt a mobile app to allow the reporting of wild boar carcasses to the authorities by hunters or citizens in general, the extensive hands-on trainings for hunters in the Balkans, simulation exercises on how to respond to finding an ASF-infected wild boar carcass, and the development of a tool to assess the risk of introduction, spread, and detection of African swine fever in hunting grounds.