Few regions have seen sow inventories grow despite steady progress in disease management. There were disappointing returns in the second half of 2022, Rabobank reported. This was due to increases in production costs – feed and energy – and regulatory expansions. These factors will continue to challenge producers globally and be especially difficult for European growers. 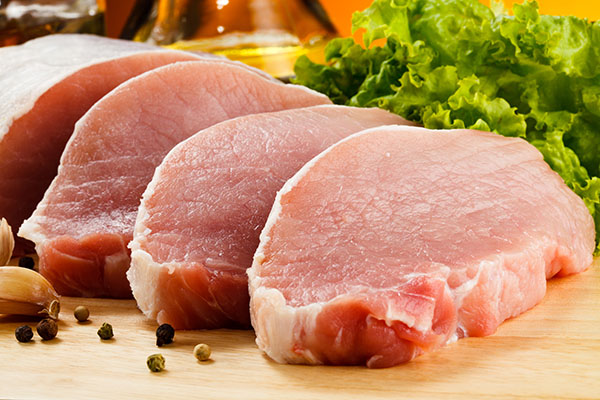 Pork production in the EU and UK is expected to continue its decline in Q4 2022 due to ongoing margin pressure. It is expected to drop by at least 4% with the largest declines likely to occur in Poland, Germany, Denmark, and the UK. However, average EU pig carcass prices remain strong—up 55% YOY in the last weeks of September 2022. In Q4, with larger supplies of pigs from Spain expected, prices may also see a decline. Higher European exports to China were expected in Q4 2022 (compared to 1H 2022), but high local prices are weakening global competitiveness. Domestic consumer demand may be affected by winter’s higher energy costs going into 2023.

August pork exports reached record highs at 49,000 metric tons—its highest monthly volume of the year. But overall, volume for the year is 5% lower, with the value of shipments down 11% YOY. Although trade continues to hinge on a successful reopening of markets and holiday travel, Rabobank is projecting 2% to 3% growth in pork production but a 3% to 4% YOY drop in export volumes overall for 2022.

The Philippines – Production remains challenged by ASF outbreaks, but the pig herd seems to be stabilizing. It stood at 9.94m head in June (+3% YOY), according to the Department of Agriculture. There was faster recovery on commercial farms, which increased their herds 7.7% YOY, displacing backyard farmers, which only grew 1.1% in the same period. Retail pork prices stabilized in October at PHP 300/kg (EUR 5.17/kg).

Thailand – Myanmar reported to the world animal health organization (OIE) in August that samples of dead pigs were contained the ASF virus. This prompted Thailand to be on high alert. Currently, Thailand still has the status of an ASF-free country.

In the USDA’s September Hogs and Pigs report the US breeding herd was 0.6% below YOY levels (6.2m head), nearly 1% below industry expectations. The decline reflects a previously announced west coast plant closure. Elevated feed and energy costs, and potential regulatory changes, continue to limit growth. Challenging herd health and higher sow mortality also play a role. Rabobank expects a stabilization in the sow herd and a modest uptick in growth in 2023, but no significant expansion before 2024/25.

Canada is experiencing higher exports to the Philippines and South Korea, displacing exports to Mexico and parts of Latin America. Canada, the world’s third largest exporter of pork behind the EU and the US, currently exports 71% of all pork produced—higher than any other international producer. The export volume of pork from Canada is expected be approximately 1.5 million metric tons for 2022, with prices ranging between EUR 2.44 and EUR 2.59/kg.

Production margins are improving but still face challenges. Feed costs remain near record levels after a disappointing harvest in the US, parts of Europe, and Asia. The acreage of corn and soybeans being planted in South America could help ease the strain in 2023. In August, Brazil surpassed Spain to become the largest pork supplier to China, although Spain remained the largest exporter for the first eight months of 2022. Brazilian exports of pork totalled 102.7 thousand tons in September, according to the Brazilian Association of Animal Protein (ABPA), -8.5% YOY.