A record drop in meat consumption in Germany

The per capita meat consumption fell by 2.1 kg compared to 2020 and is thus at a new record low since consumption was calculated in 1989.

As Federal Office for Agriculture and Food (BLE) reported, the Federal Information Centre for Agriculture (BZL) released this preliminary data. Totally, the slaughter weight meat of 8.3 million tons was produced in 2021, which is about 2.4% less than a year ago. 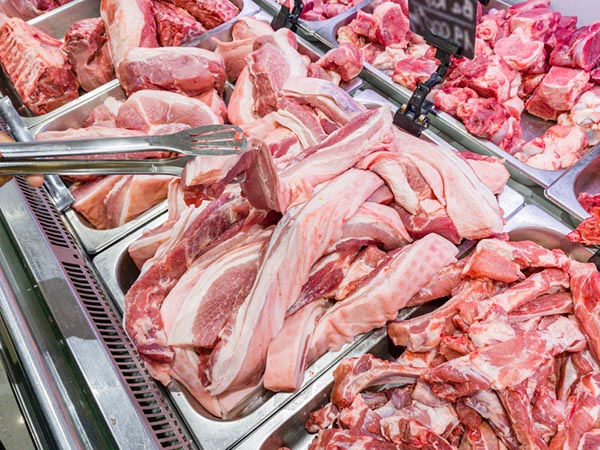 One reason for this decline is the trend towards a plant-based diet. The continued decline in out-of-home consumption at restaurants, canteens or at events due to the Covid-19 pandemic could also have influenced this development.

As in 2020, the drop in consumption in 2021 was accompanied by a drop in imports of meat. While the import of poultry meat was almost constant, meat products and canned goods from pigs, beef and calves saw a drop of 6.8%.

In addition, the volume of foreign trade in live animals decreased again in 2021. While imports fell 19.6% across all animal species, exports fell 1%, according to BLE.

The trend in foreign trade, noted BLE, has an impact on the net production of animals slaughtered domestically. Compared to 2020, 2.4% less pork was produced. For beef, veal and poultry, net production fell 1.6%.

According to preliminary estimates, the overall degree of self-sufficiency in meat in Germany for 2021 is 121%, which is an increase of 2.5 percentage points. In the case of poultry, 96.7% of domestic demand can be covered from domestic production. The self-sufficiency rate for pork is 132.4%, for beef and veal 98.2%.