ASF virus can be dangerous for humans

The African swine fever virus can mutate and become dangerous to humans. Experts of the Rosselkhoznadzor do not exclude such an opportunity, reports Mayak radio. 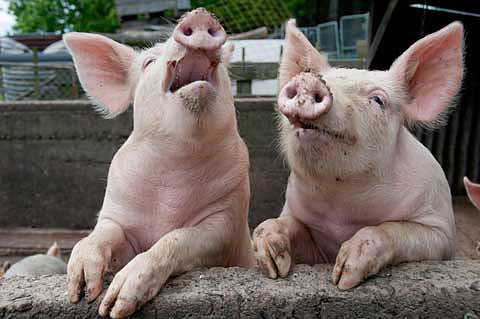 Experts say that the new genome of the ASF virus may appear as a result of a high population density in regions where farming is developing, large populations of wild and farm animals that are susceptible to the virus, and keeping pigs under conditions that do not provide an adequate level of biological protection.

So, for example, as a result of the exchange of genetic information between the four strains of the bird flu virus that were known to scientists, a new strain appeared. It became dangerous for humans and caused outbreaks of 2016-2017 in Asian countries.

Some strains of "swine flu" began to be transmitted from person to person, according to a 2009 study. Although previously only veterinarians have encountered these strains.

The Rosselkhoznadzor said it had sent a warning to the European Commission about the need to take effective measures to prevent the virus from entering the EU countries.