The prosecutor's office of the Tambov region is checking the observance of veterinary and sanitary legislation at the feedlot of the pig-breeding complex of OOO Tsentralnoye, located in the village of Dmitrievka, Nikiforovsky district.

After the outbreak of African swine fever (ASF), more than 13 thousand animals will be destroyed there. The regional authorities have established quarantine at the enterprise and identified a threatened zone in which they will alienate pigs from farmers. Removal of livestock should be completed by 11 May. 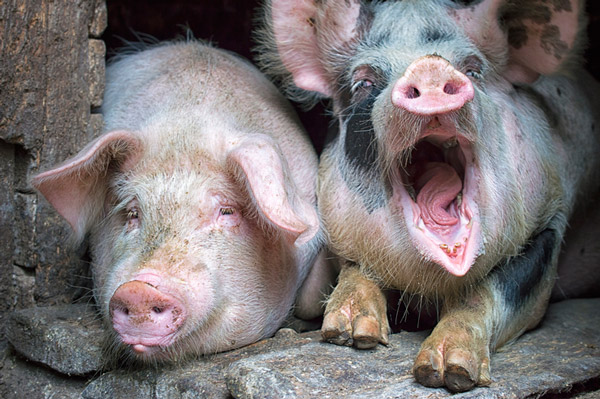 This is the second large ASF outbreak in the Tambov region this year. Earlier, in January, an outbreak occurred at the Cherkizovo feedlot in the Bondarsky district, which contained 12 thousand heads. Then the inspection of the prosecutor's office revealed violations of the veterinary and sanitary legislation and forged documents.

In the Saratov region, an outbreak of ASF was recorded in the Volsky district on the territory of the hunting ground of OOO Vremya. Governor Valery Radaev also signed a document establishing ASF quarantine.

So far, the disease has not been detected on the territories of farms, but just two days ago, sanctions were imposed on the pig farm in the Engels district of the Saratov region due to the risk of the spread of ASF. Rosselkhoznadzor has downgraded the zoosanitary status of the site from IV to II level of protection.

In April, Rosselkhoznadzor inspectors carried out an unscheduled check at the Khvalynsky Pig Complex LLC and found violations of the requirements of the Ministry of Agriculture of the Russian Federation.

“Under the circumstances identified, there is a risk of African swine fever and other pathogens of infectious animal diseases entering the territory of the farm,” the department emphasized. According to the National Union of Pig Breeders, in just three months - from November 2020 to January 2021 - about 560 thousand pigs were destroyed in Russia due to ASF.